Taking a mountain biker out of the North Shore is difficult… taking the North Shore out of a mountain biker is downright impossible. Former LTP HQ marketing coordinator Derek Kidd made the move from the rooty chutes of Vancouver’s North Shore mountains to the buffed-out dirt circus that is Portland, Oregon. 6 hours south, the grades are flatter and the dirt is tackier, but there’s still a heaping helping of North Shore gnar if you know where to look. 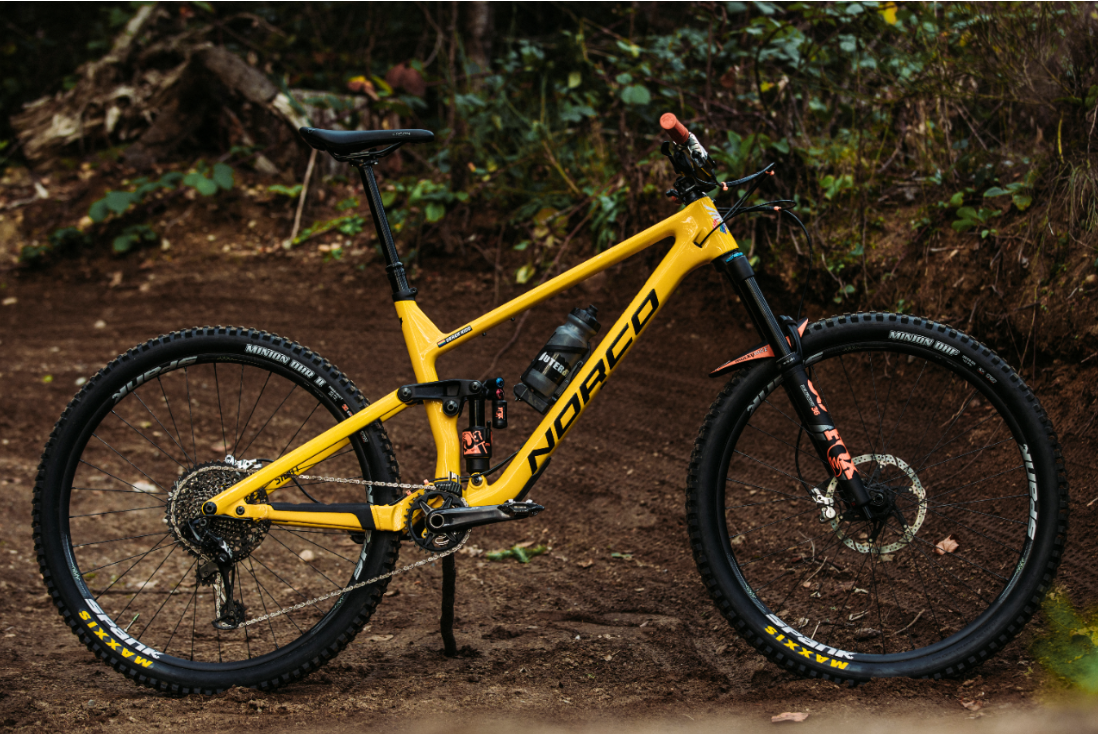 “Of all the bikes in the 2020 Norco lineup, the 2020 Sight is the best fit for the riding I like to do down here. There are plenty of good sized hits and some steep tech if you know where to look, and just like Vancouver, you have to pedal up to get to all of it.”
-Derek

Derek made some modifications to his Sight right out of the gate. A big fan of SRAM drivetrains, he sprung for an XO derailleur and cassette on the back, but stuck with an NX shifter up front for ease-of-maintenance. 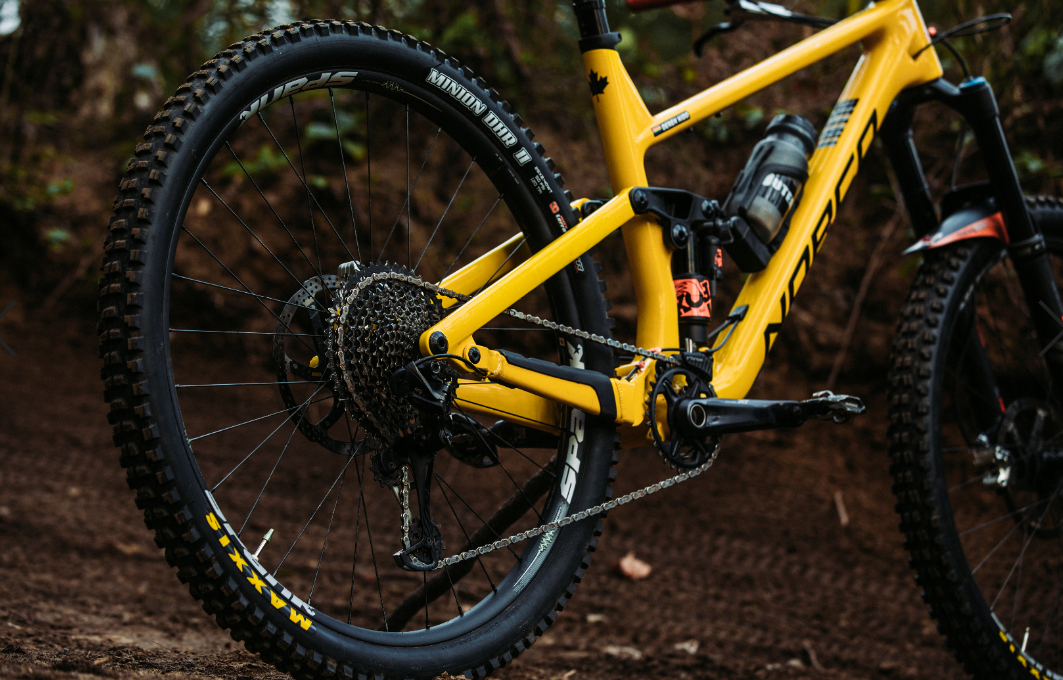 “The NX shifter does everything I need it to, and it’s the only shifter in the lineup that you don’t have to remove from the bike to change shift cables! Give me convenience or give me death.”
-Derek

Even on manicured Oregon trails there are times where you come into a corner a little hot. To handle the task of slowing those 29″ wheels down, Derek spec’d TRP’s G-Spec DH brakes front and rear, with TRP 203mm rotors to keep brake temperatures down on longer descents. 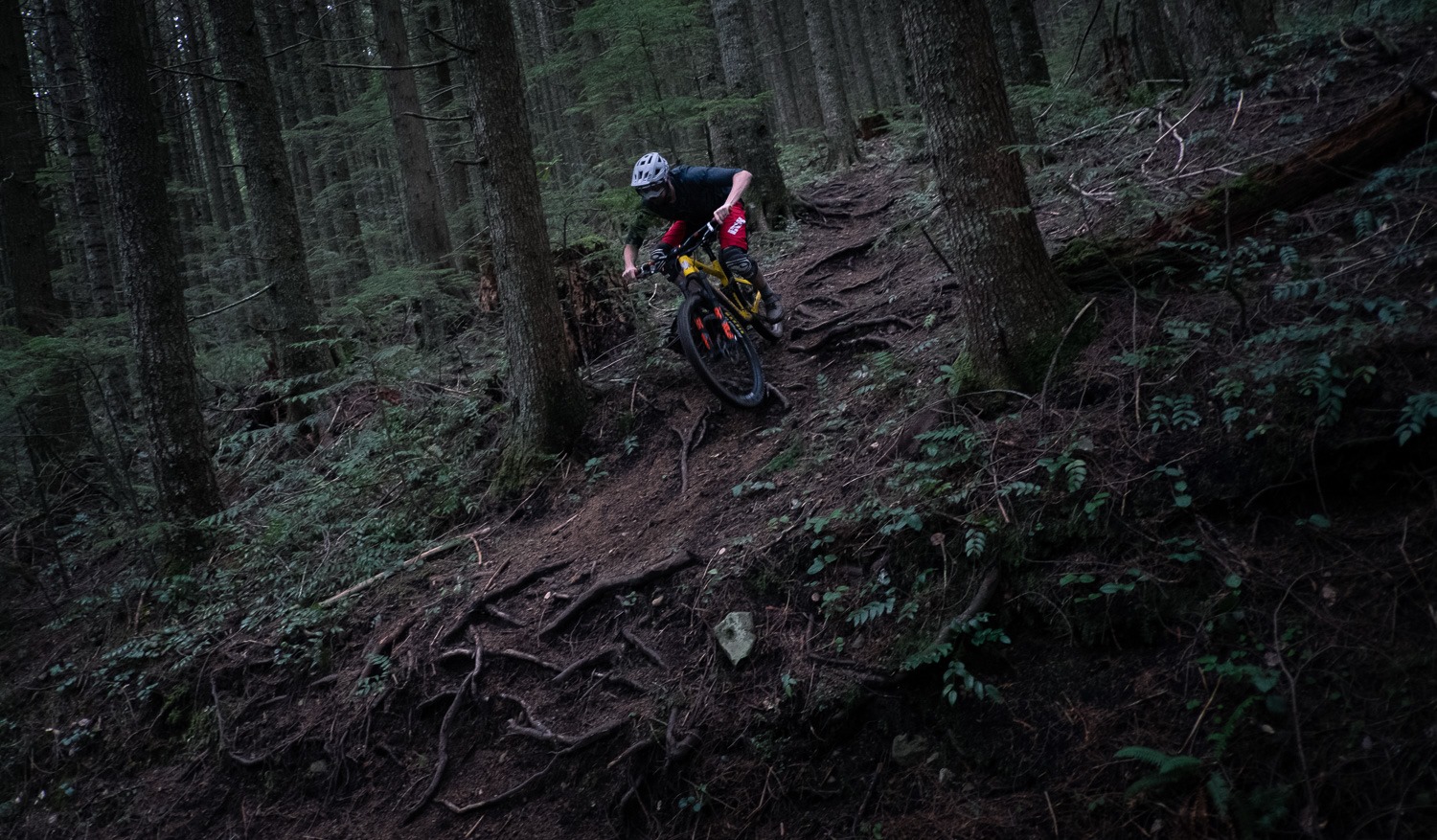 “If you absolutely, positively have to stop your bike RIGHT NOW, there are few brakes out there which will do the job as efficiently as the TRP GSpec DH. What they lack in modulation they make up for in raw stopping power.”
-Derek

Derek has been running Spank components on his bikes for a few years now for their durability and dependability, as well as the added comfort that Vibrocore technology provides. This Sight has been upgraded with Spank’s Spike 35 Vibrocore bar and Split Stem, as well as a set of 350 Vibrocore wheels. The vibration dampening effects of Spank’s proprietary Vibrocore foam help minimize rider fatigue on longer descents.

“You know that feeling when your hands start to cramp up at the end of a really long run? That’s what Vibrocore is for. A little extra weight in the bar means a whole lot less hand fatigue, and that adds up to more laps!”
-Derek

If you find yourself in the US side of the border, look for Derek’s bright yellow Sight 29 at one of the many Norco demo’s at trailheads all over the Pacific Northwest.