In keeping with December tradition in the mountain biking community, Pinkbike has released their annual nominees for their year end awards, including categories such as Mountain Bike of the Year and Innovation of the Year. If you take note of the nominees across these categories, you might notice there’s an awful lot to like about the 2020 Norco Optic AXS. 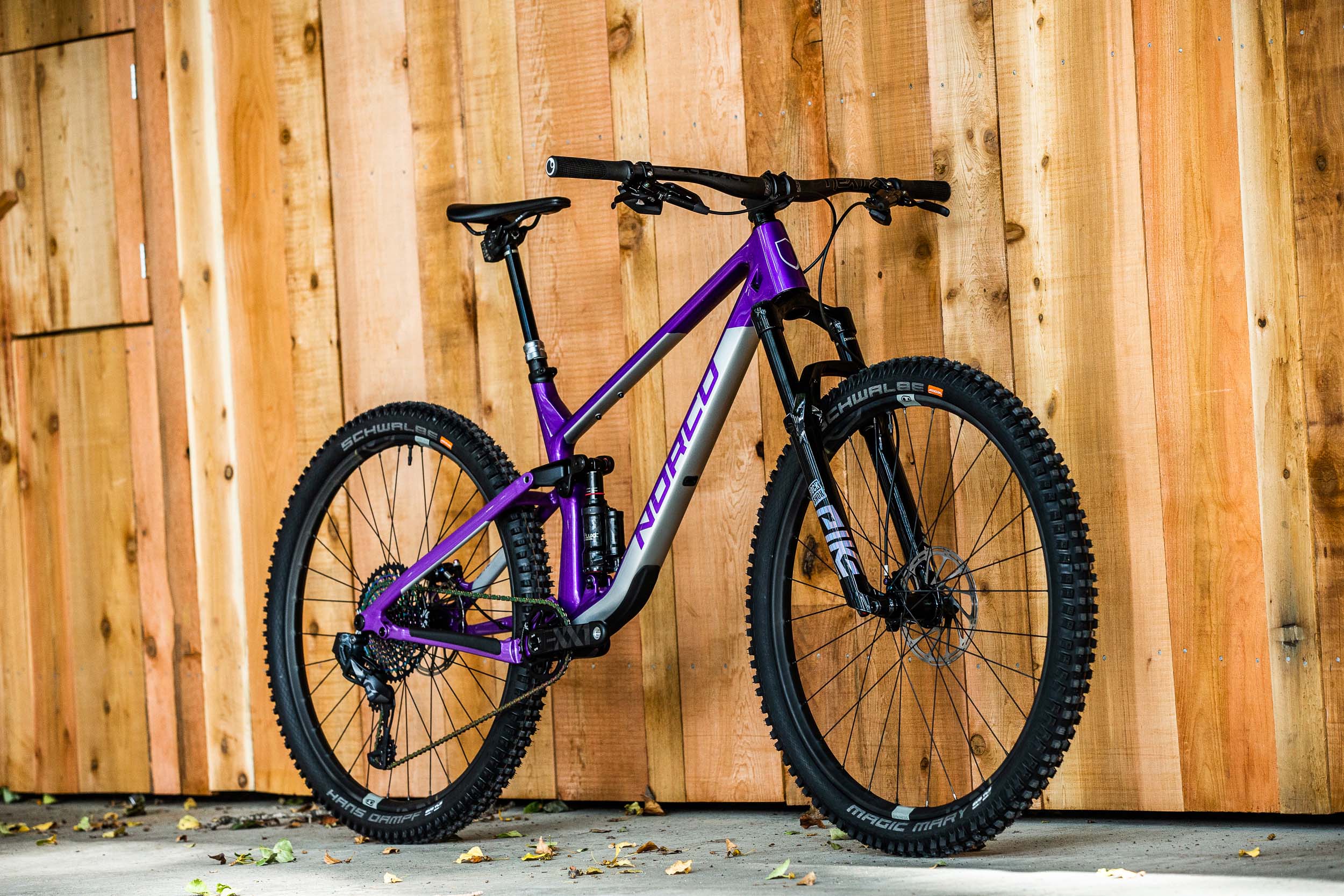 The Optic was a smash hit at this year’s Pinkbike Field Test, wowing testers with its mix of playfulness and surefooted descending capabilities. It’s a testament to the importance of good geometry – Norco hit the nail on the head with the numbers on this bike. The concept of mixing a moderate amount of travel with relatively long and slack geometry numbers isn’t a new one, but Norco pushed things a bit further than what had been done in the past, and the result is a bike that’s at the top of the charts when it comes to all-out fun.

The 125mm of travel rear is handled by a pint-sized RockShox Super Deluxe Ultimate DH shock, one that’s free of any sort of lockout lever, a testament to Norco’s confidence in the bike’s pedaling abilities. Despite having way too many adjectives in its name, that shock performed admirably, even when we took the bike on trails in the Whistler Bike Park where it probably didn’t belong. That’s really the only downside to that geometry, if you can call it that; it makes it easy to forget that you’re on a shorter travel bike, and you’ll find yourself heading down lines that don’t typically see trail bike traffic.

Working off the highly praised foundation of the Optic’s geometry and suspension tune, the AXS build adds two nominees in the Innovation Category designed to take the rider experience to a whole other level. 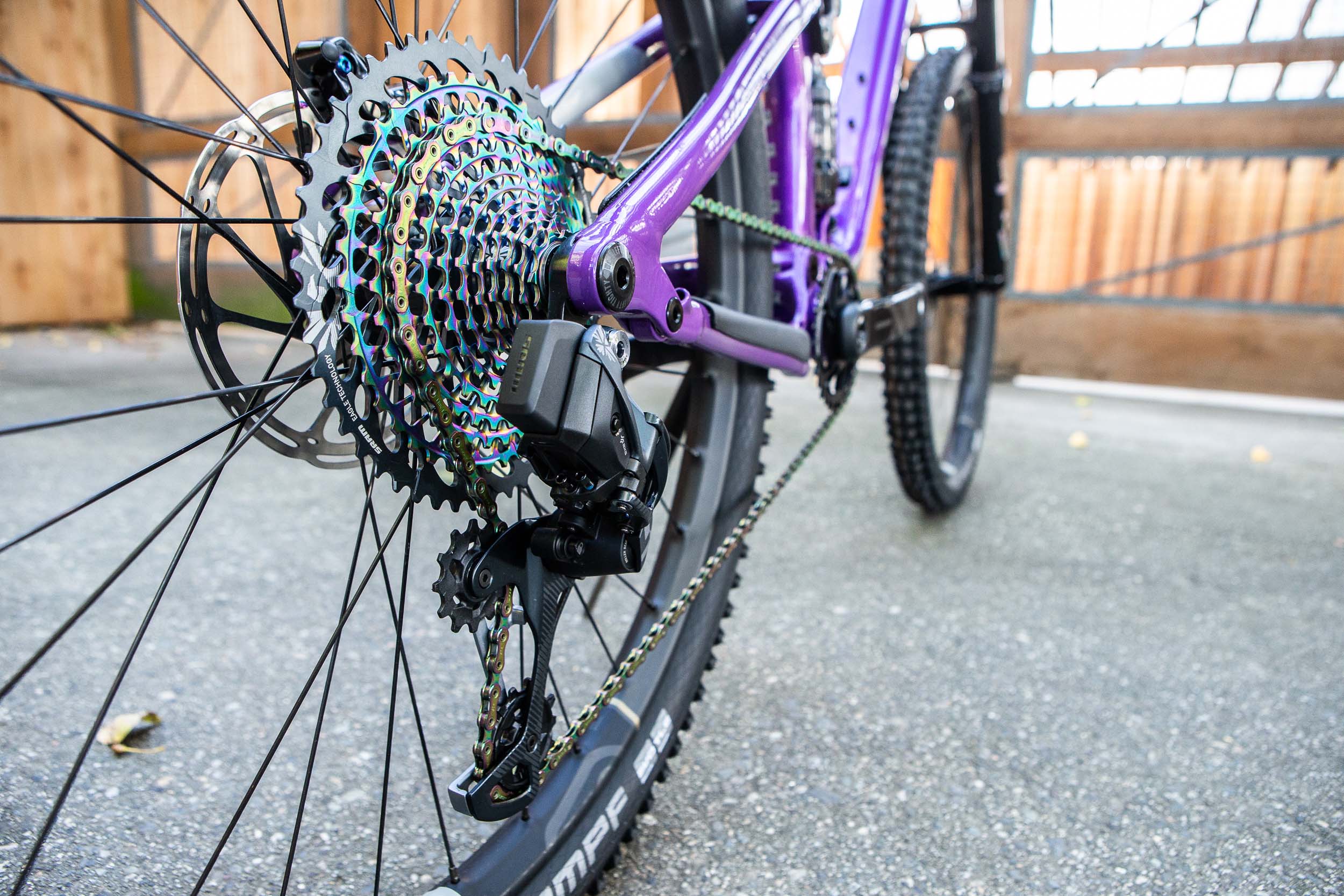 Starting with the winner of the Innovation category, the Sram AXS component group took the cake this year.

Incorporating a battery and a motor into a derailleur while keeping the weight down and maintaining a relatively low profile is no easy feat, but SRAM’s engineers managed to pull it off. There’s even a tiny gearbox inside the derailleur that converts the torque from the motor into the right and left motions required to shift up or down the cassette. The derailleur also has a secondary clutch, called the Overload Clutch, that’s designed to disengage the gearbox and allow the derailleur to move out of the way during an impact. That movement helps keep the motor from being damaged, along with protecting the derailleur and hanger at the same time.

The shifting is instant and impeccable, and the same goes for the action of the wireless dropper post – there’s no delay between when the lever is pushed and the derailleur moves or the dropper can be lowered. As for setup, that’s just about instant as well. There’s no need to fuss with cables and housing; just bolt on the derailleur and shifter, install the battery, push a couple buttons and you’re ready to go. 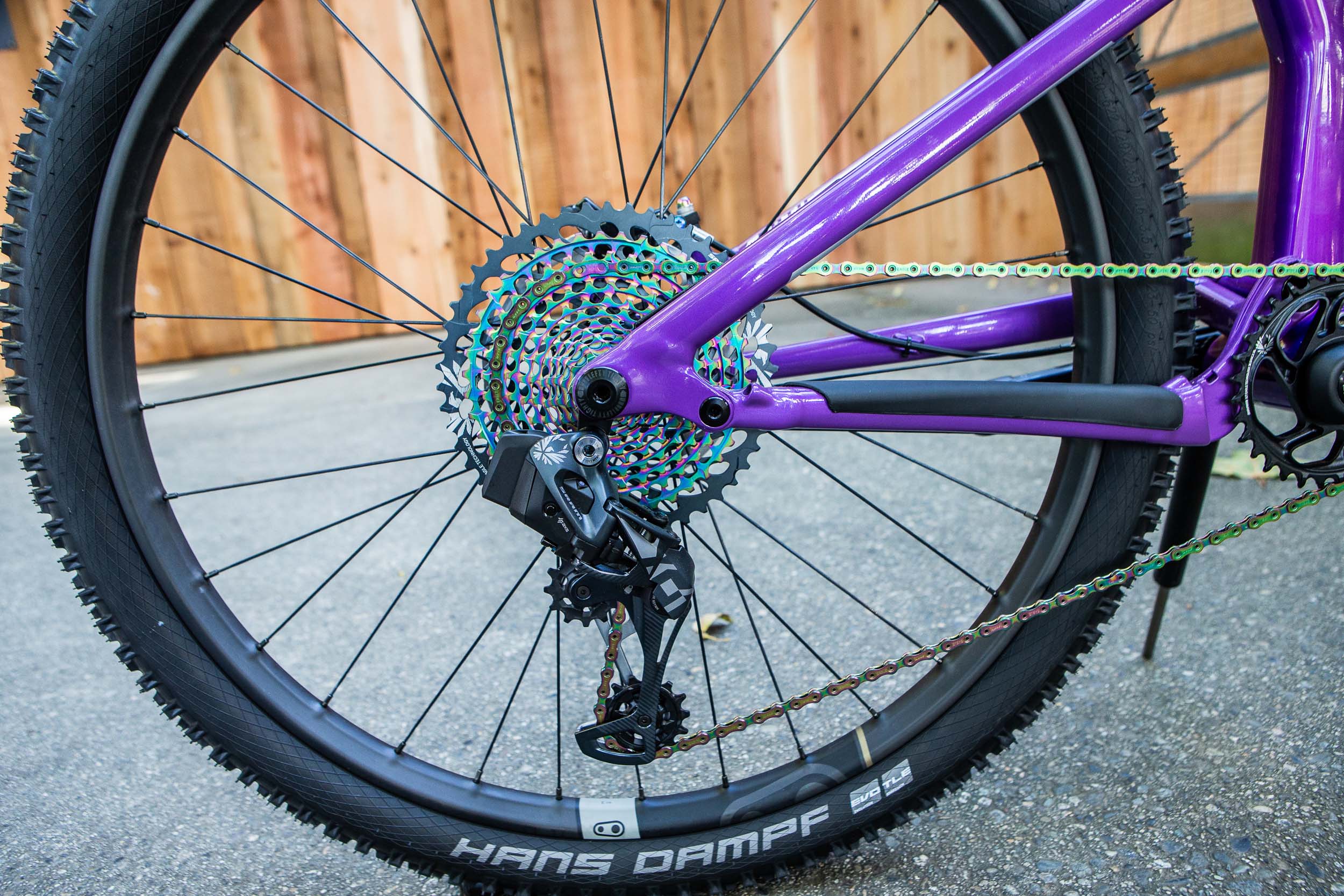 Also nominated in the Innovation category was Crank Brothers for their Synthesis carbon wheels, which sound as good as they ride (bonus points for that).

When carbon wheels first began to gain popularity in the mountain bike world, it was the increased level of stiffness that they brought to the table compared to aluminum rims that was one of the main selling points. And it’s true, a set of light and stiff wheels can noticeably alter the feel of a bike, especially if that bike’s frame isn’t all that stout to begin with. However, it’s entirely possible to have too much of a good thing, and overly stiff wheels can make for a harsh, jarring, and at times, downright unpleasant ride. Super-stiff wheels with tall sidewalls can also make pinch flats more likely and can be more prone to failure due to their inability to absorb large impacts.

Crank Brothers took a slightly different tactic, creating a wheelset with a stiffer rear wheel paired with a more compliant front. That front wheel uses a wider rim and a lower spoke count, while the rear wheel has a slightly narrower rim with more reinforcement to handle harder impacts. The rims use the more traditional double wall shape but have additional reinforcement in key areas to provide extra impact resistance.

So, if you’re looking for a truly award-winning, zero-compromise trail machine, the Optic AXS is likely your best bet for 2020. 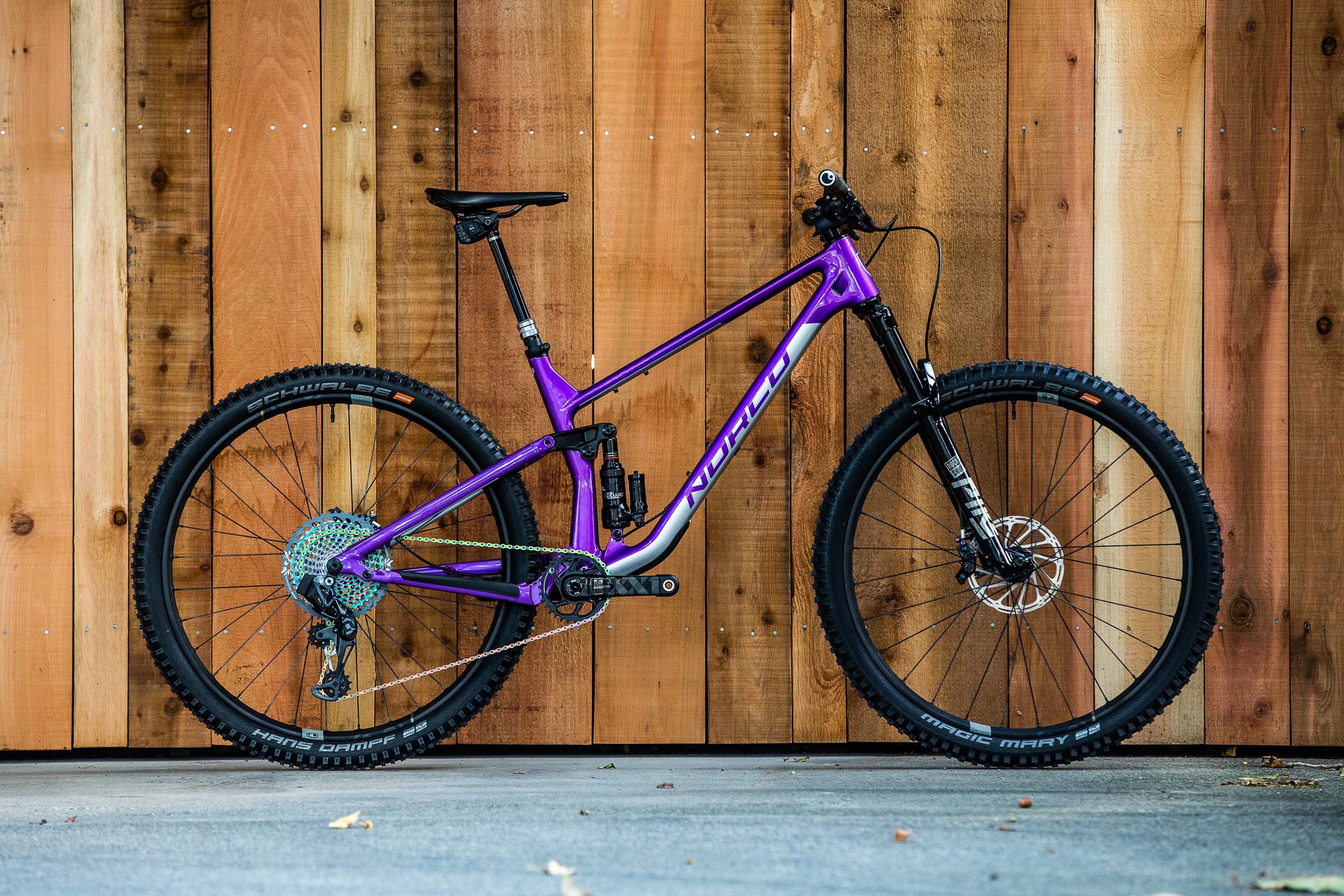