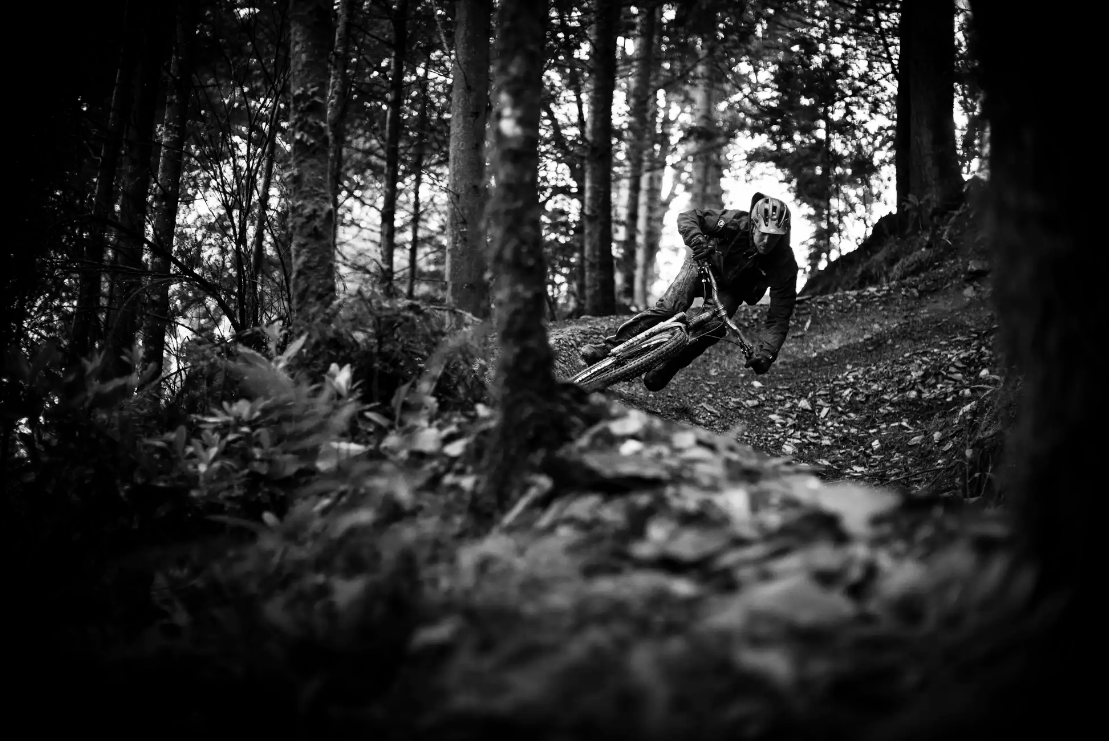 Dan Atherton is a bike racer who has distilled his experiences into designing and building, fuelled by the same passion that started him racing 20 years ago. These days he measures himself against his fearsome engineering in the Welsh hills rather than against the clock on the World Cup circuit, but the challenge is fundamentally the same, you are going head-to-head with a scary opponent, risking a battering.

Dan has a combination of incredible bike-handling skills, nerve and fitness against the mountain, which make him the ambassador that he is today. Although he’s been knocked down a few times, he’s not ready to stop, not anytime soon.

Dan is probably best known as the creator of RedBull’s Hardline downhill race, one of the most technically challenging race courses in mountain bike history, marked by massive jumps, steep tech sections, and unforgiving muddy conditions of his Welsh homeland.

With a history of World Cup level racing, and a talent for speed and style shared by his family members (and fellow Endura athletes) Rachel and Gee Atherton, it’s no wonder Dan is such a force of nature in the UK MTB scene.

Dan wears Endura’s award winning and almighty MT500 Collection to keep him dry and comfortable for his year-round biking and building efforts.