(Atlanta, GA – December 27, 2017) – Wahoo Fitness, the leader in connected fitness devices has just announced its second UCI WorldTour team partnership for the 2018 race calendar, with the addition of the KATUSHA ALPECIN Pro Cycling Team, led by four-time world time trial champion Tony Martin, Tour of Spain podium finisher Ilnur Zakarin, and Tour Tour de France Green Jersey winner Marcel Kittel. Starting in the 2018 UCI race season, both Martin and Kittel, along with the rest of the KATUSHA ALPECIN squad will be utilizing Wahoo’s bluetooth-enabled TICKR Heart Rate Monitor, along with the ELEMNT BOLT GPS head unit, which was designed using CFD (Computational Fluid Dynamics) testing to be the most aerodynamic cycling computer on the market.
The 2018 season will be the tenth year of racing at the WorldTour level for KATUSHA ALPECIN – a team already with 234 total race wins and 434 podium places in its nine years in the professional peloton. As part of the Wahoo product ecosystem, both the ELEMNT BOLT GPS Computer and the TICKR Heart Rate Monitor will serve as crucial elements of the team’s performance strategy, serving riders with key training metrics while enabling them to easily and efficiently measure race-winning efforts.

In leveraging Wahoo’s leading-edge fitness technologies, the KATUSHA ALPECIN team joins BORA-Hansgrohe led by three-time world champion Peter Sagan and 2017 Tour de France winners Team Sky, both of whom have turned to Wahoo in the pursuit of performance gains to compete and succeed at the World Tour’s highest level.
“We are excited and honored to have Wahoo as part of our family,” said José Azevedo, General Manager of Team KATUSHA ALPECIN. “Wahoo is a young and dynamic company with the best quality bike computers on the market. The ELEMNT BOLT head unit is so easy to configure and to work with. It has a nice design, aerodynamic shape and a superior battery life. Our riders and coaches used it for the first time at our December training camp in Mallorca, and immediately were all very fond of it.”

“From Team Sky and BORA-Hansgrohe to KATUSHA ALPECIN, we’re extremely proud to have some of the fastest guys in the pro peloton training and racing with the Wahoo devices. The gains to be had from utilizing the Wahoo product ecosystem are very real – from our category-leading customization and ease of use, to the BOLT’s wind tunnel-tested aerodynamic savings, and we couldn’t be happier that the WorldTour’s leading teams are taking notice.”
-Chip Hawkins, CEO of Wahoo Fitness. 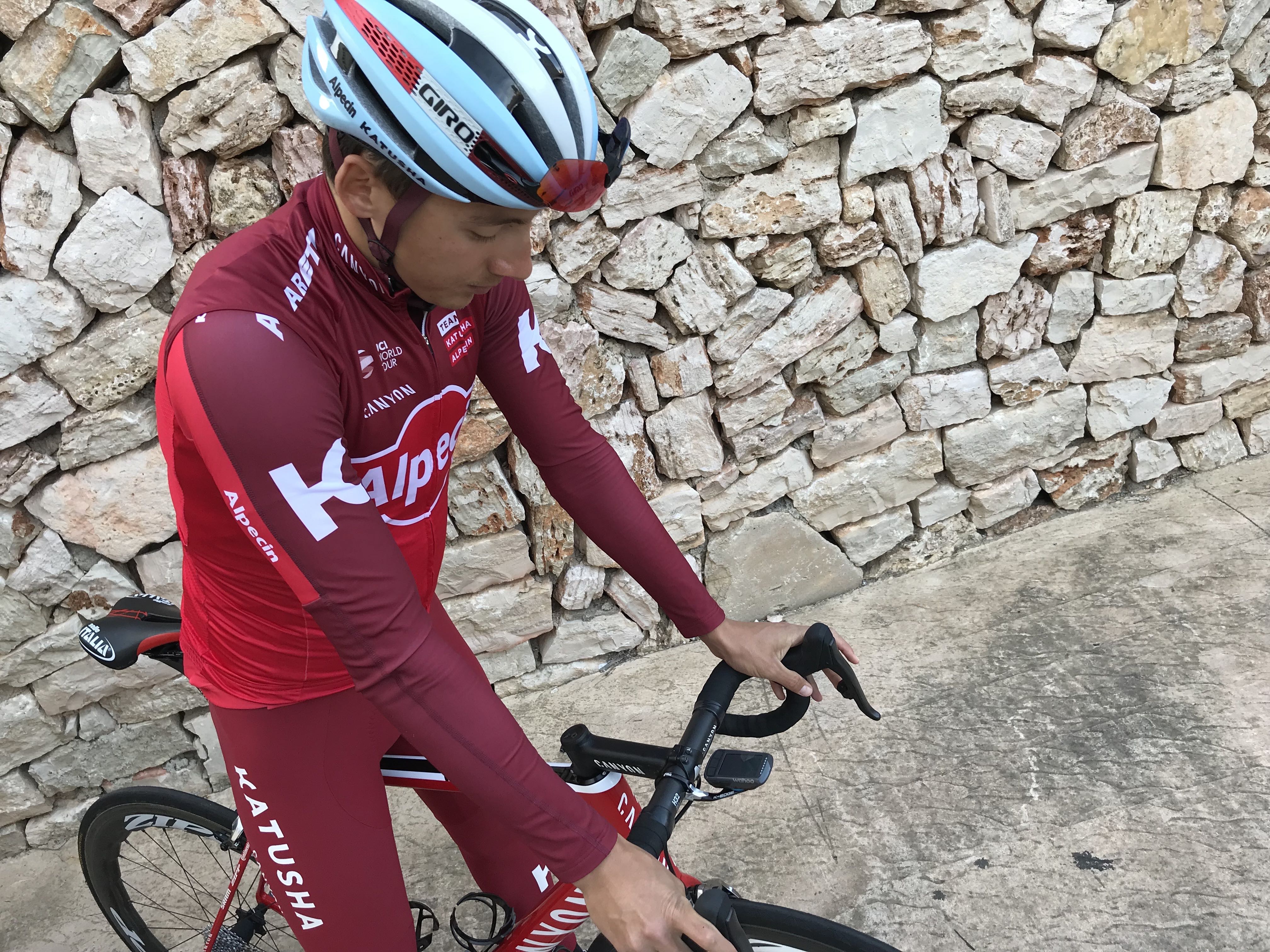