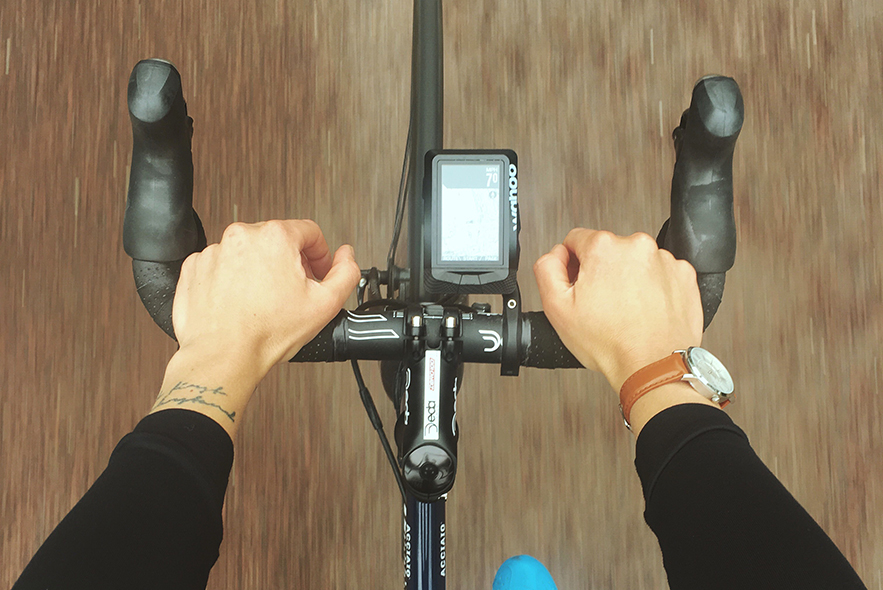 The Wahoo Elemnt is receiving much-deserved attention for its revolutionary approach to bicycle computers.

The computer joins forces with your smartphone to deliver unlimited functionality and customization through its companion app. Even more impressive, the Elemnt’s intuitive interface is straightforward to use and the effortless set up is so quick you’ll be riding in minutes.

The Elemnt went head to head against other leading GPS bike computers in a recent Velo News shootout, and we’re delighted to report it blew away its competition! The Wahoo computer outranked the industry staples including Garmin, Polar and Lezyne.

“The Elemnt immediately impresses, thanks to its seamless data transfers and simple customization, both accomplished through a companion smartphone app that connects to the unit via Bluetooth. There’s a lot going on here – Turn-by-turn guidance, data pages galore, and notifications for calls, texts and emails. Thankfully, the latter can be turned off. And all the rest can be made as complex or as simple as you want, thanks to the virtually limitless customization options available via the app. Auto-sync rides with Strava, download routes, create a data screen for your various climbing data fields for example. It’s up to you. Big buttons allow for straightforward navigation, and while the unit is a bit on the bulky side, the big screen is easy to read. The nine-hour battery life is on the short side, but we think the sleek interface makes the Elemnt worth the extra charge time. 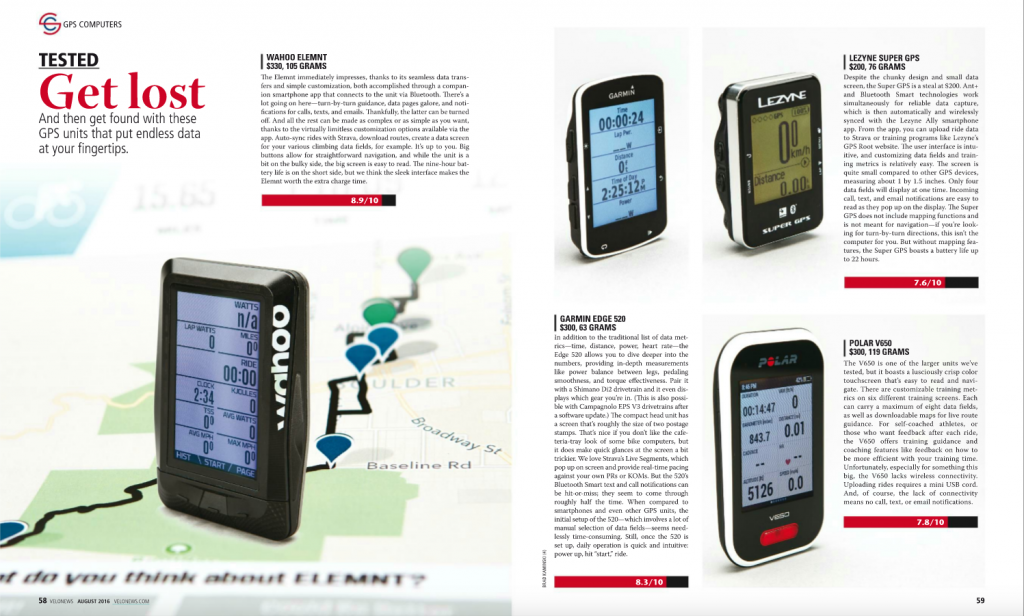 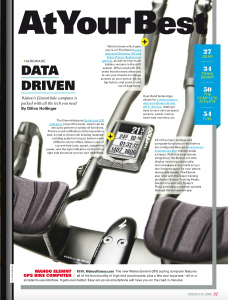 Dylan Hollinger of Triathlon Magazine is equally as impressed as the judges at Velo Mag. His Data Driven article exclaims that “Wahoo’s Elemnt bike computer is packed with all the tech you need”

“The new Wahoo Elemnt GPS cycling computer features all of the functionality of high-end counterparts, plus a few cool surprises-all on a simpler-to-use interface. Easy set-up via smartphone will have you on the road in minutes”

“Want to know which gear you’re in? The Elemnt pairs with both Shimano Di2 and Sram eTap to display your gearing, as well as how much battery remains in the shift system. When used with Di2, brake hood buttons allow you to use your thumbs to change screens on your device, hit the lap button, and zoom in and out of data fields.”

The Wahoo Elemnt is available to purchase now, so what are you waiting for? Go out and get one!

Click here to Find a dealer near you!
Learn more about the Elemnt on Wahoofitness.com.
Did you know that Live Stave Segments are now available on the Elemnt? Find out more here!